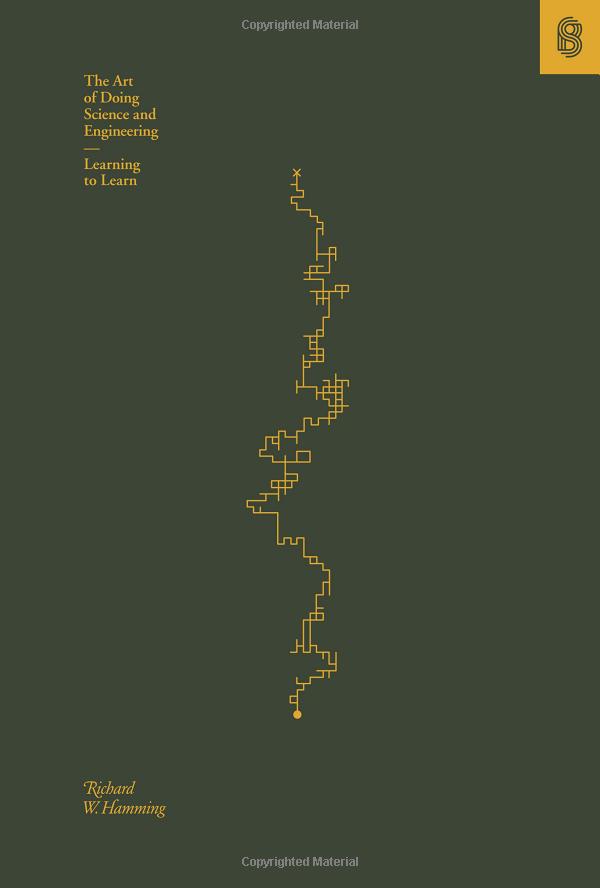 The Art of Doing Science and Engineering: Learning to Learn
Richard W. Hamming

Pasteur’s remark, “Luck favors the prepared mind.” In this way I can illustrate how the individual’s preparation before encountering the problem can often lead to recognition, formulation, and solution. Great results in science and engineering are “bunched” in the same person too often for success to be a matter of random luck.”

I believe the best predictions are based on understanding the fundamental forces involved, and this is what I depend on mainly. Often it is not physical limitations which control but rather it is human made laws, habits, and organizational rules, regulations, personal egos, and inertia, which dominate the evolution to the future. You have not been trained along these lines as much as I believe you should have been, and hence I must be careful to include them whenever the topics arise.


On Science and Engineering

It is well known the drunken sailor who staggers to the left or right with \(n\) independent random steps will, on the average, end up about \(\sqrt{n}\) steps from the origin. But if there is a pretty girl in one direction, then his steps will tend to go in that direction and he will go a distance proportional to \(n\) . In a lifetime of many, many independent choices, small and large, a career with a vision will get you a distance proportional to \(n\) , while no vision will get you only the distance \(\sqrt{n}\) . In a sense, the main difference between those who go far and those who do not is some people have a vision and the others do not and therefore can only react to the current events as they happen.